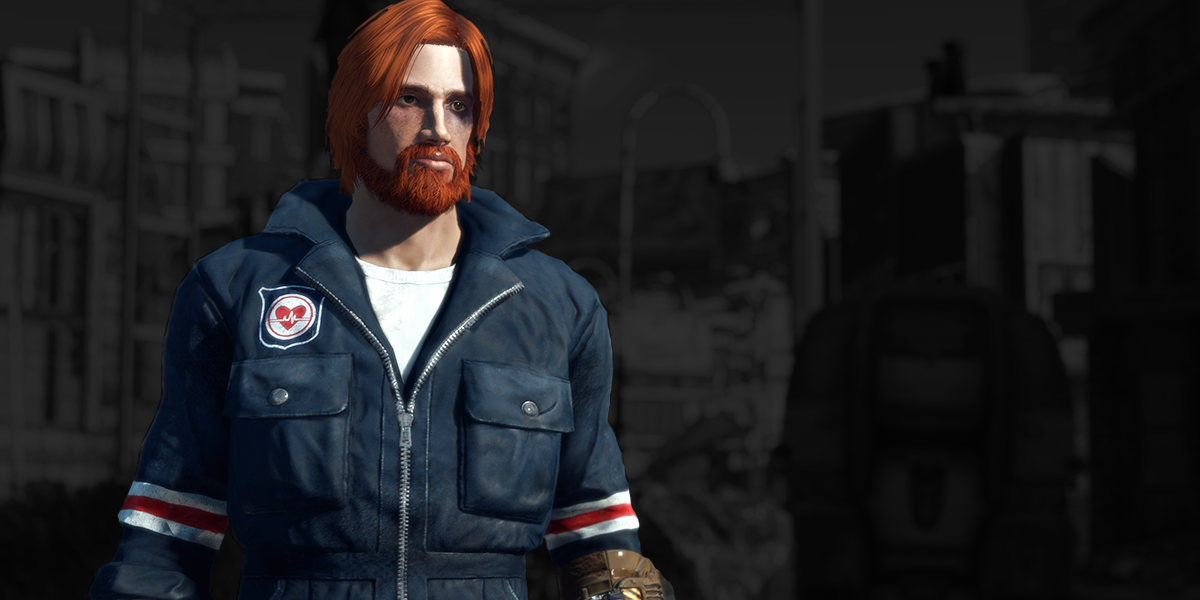 Cal was born in Vault 76, a Vault-Tec installment in West Virginia dedicated to preserving the lineages of pre-war America's best and brightest minds. Unlike his peers, Cal didn't possess genius-level intelligence. What might have been normal standardized test scores for us were considered wildly subpar by Vault 76 standards, and Cal was relegated to the meagre janitorial position usually awarded to "failures and imbeciles". Known as "Calamity" by his peers due to a perceived history of clumsiness, Cal endured regular sneering abuse from the Vault's more privileged residents, many of whom were being groomed to rebuild America following the annihilation caused by nuclear war. Such was Cal's ostracization in Vault 76 that he wasn't even informed that the Vault doors would be opening as scheduled, instead waking up to find the other residents had already dispersed into wild Appalachia.

Life in the wasteland proved particularly difficult for Cal, who had been denied the survival training given to the Vault's "more promising" residents. Initially relying on the patrons of the Wayward for information and shelter, Cal was easily sweet-talked into solving proprietor Duchess' issues with aggressive treasure-hunters looking for a man called "Crane". His investigation eventually led him to the Free Radicals, a group of ex-convicts turned raiders, operating under the leadership of former prison warden Roper. Perhaps sensing that Cal could be manipulated into doing his bidding, Roper agreed to leave the Wayward alone in return for his help finding the unspecified treasure. During this time Cal also signed up with the Responders, a volunteer disaster relief organization attempting to re-establish itself in Appalachia. Despite having no medical training of his own, Cal studied the notes left by post-Great War responders in the hopes of being able to do some good in the wasteland.

Cal eventually located the Overseer of Vault 76 in Sutton, where she had been attempting to enlist other former Vault residents in helping her secure three nuclear silos - Sites Alpha, Bravo and Charlie - for Vault-Tec. By now familiar with the brutal, selfish nature of people of life outside the Vault, Cal was unsurprised to find that he was the only one who had responded to the Overseer's call. In the confrontation that followed, the Vault Overseer re-stated her loyalty to Vault 76's mission: defending Vault-Tec's decision not to grant a place in the Vault to "a mere miner", her former fiance Evan, and expressing disappointment that it was Cal who had sought her out rather than someone more qualified for the job. Angry and hurt, Cal subsequently returned to the Wayward, where he learned that Duchess and had been lying to him all along - the man formerly known as Crane was, in fact, chained up in the Wayward's back room. The realization that he had been used by both people he had trusted broke something in Cal, pushing him into the arms of the Free Radicals for good.

A roughly average person living in a Vault full of polymaths and creative savants, Cal has spent most of his life being treated like a second-class citizen. As a result, he tends to be very uncertain of his place in the world. Polite and softly-spoken, he's a big man with a habit of making himself seem small. Cal is an empathetic person who believes strongly in doing the right thing, however his lack of confidence makes him easy to manipulate; he's particularly eager to please, and takes to praise well. Cal's peers made a point of criticizing his rare outbursts of anger, characterizing them as boorish and immature. As a result, he avoids conflict at all costs. Initially very timid, the stress of surviving wild Appalachia has left Cal a raw, bleeding edge. He has become more impassioned as a result, but lack of practise means that he's still clumsy when it comes to expressing his thoughts and feelings.