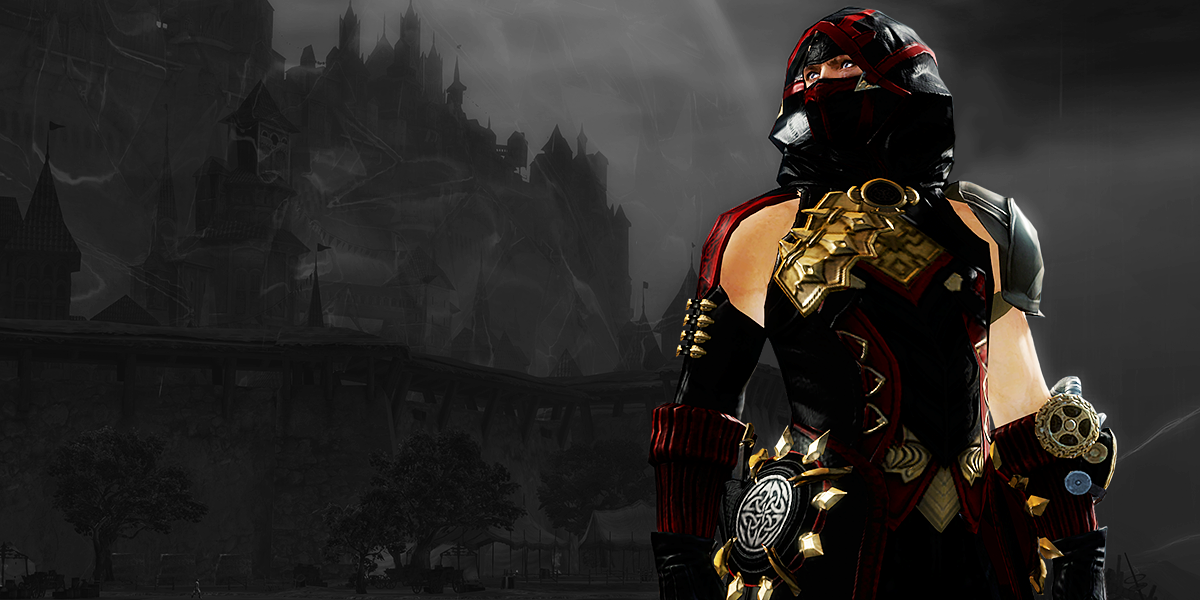 The illegitimate son of Krytan nobility, Garrett grew up in a state of poverty exacerbated by the steady stream of refugees flooding in from the war-torn north. The orphanage provided little in the way of supervision, and Garrett soon fell under the aegis of one of the Reach's many criminal gangs. Organized crime offered the means to strike back against the city's class politics, and Garrett's ten-year tenure as a petty thief became the scourge of the Reach's rich and influential. By the time he was apprehended by Logan Thackeray and the Seraph guard, many were calling for Garrett's expulsion from Kryta. Instead, he was conscripted by the Order of Whispers and smuggled out of the city; a fortuitous - if suspiciously timed - intervention.

Garrett assisted with the Pact war effort in Orr, where he developed a reputation for being both exceedingly hostile and also exceptionally difficult to kill - one Vigil commander memorably described him as a "pissed-off little cockroach of a man". His conduct during the battle against Zhaitan saw Garrett promoted to Pact-Commander under the leadership of Marshal Trahearne; he led the response against Scarlet Briar in Lion's Arch, and later became de facto leader of the Pact in Trahearne's absence. Unfortunately, Garrett had no interest in helping to salvage the failed Maguuma assault - he quickly absconded in search of the Pact's missing leadership, leaving his allies to organize themselves in his absence. Though they eventually secured victory against Mordremoth, many blame Garrett for the losses the Pact incurred during that time. Despite this, his seemingly unparalleled ability to slay Elder Dragons has elevated him to almost-mythical status in some parts of Tyria, including his native Kryta.

Since then, Garrett has shown an escalating unwillingness to work with the Pact, whilst also delivering some much-needed victories. His heated pursuit of the rogue god Balthazar in Elona had all the hallmarks of a vendetta; by the time the Pact received credible reports out of the Crystal Desert, Garrett had already been implicated in the murder of its ruling king, Palawa Joko. His willingness to work with Elonian terrorist groups, such as the Akir Junundun, drew widespread condemnation both at home and abroad. More recently, the battle against Kralkatorrik inadvertently revealed the existence of a "second scion", the dragon Aurene, whose birth Garrett had secretly concealed from Pact command with the help of his own allies. As concern mounts over Garrett's increasingly unilateral decision-making, a small subset of critics are pressuring the Pact to recall Garrett back to Tyria, or else strip him of his command.