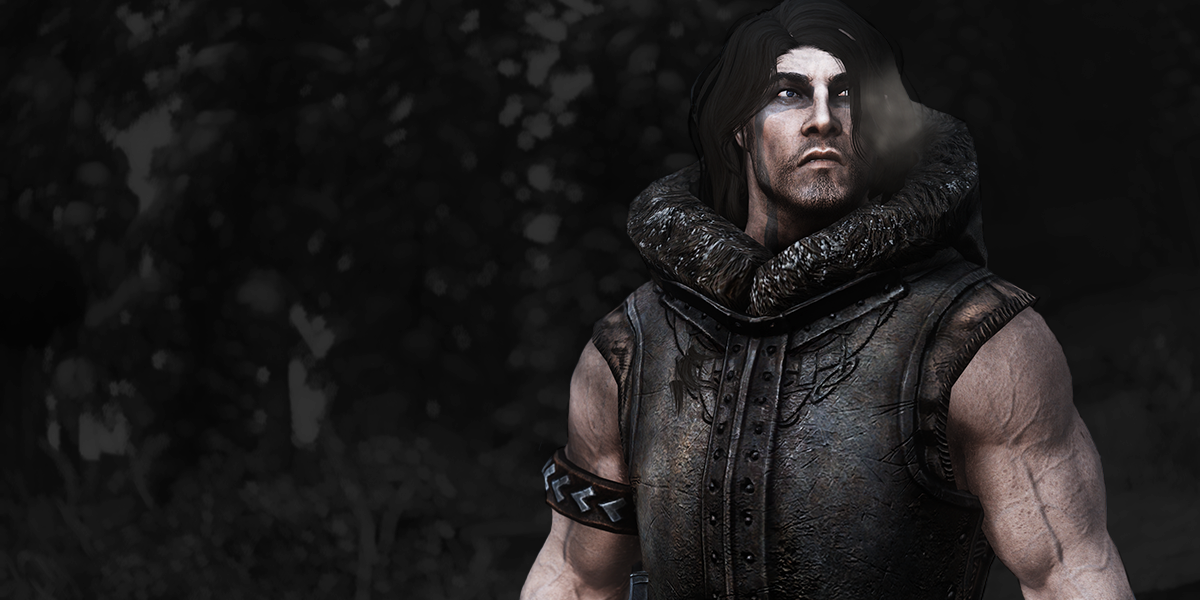 Grey was born just outside Ivarstead, a small settlement even by Skyrim standards; the only town in the region not located on a major road, Ivarstead served as little more than a rest stop for weary pilgrims making the journey to High Hrothgar. His parents were farmers, devout Talos-worshippers who obsessively followed the news coming out of the Empire. Paranoid and conservative, they were especially strict with their only son: Grey was raised to respect his elders, attend to his work, and adhere to the old ways without question. His parents felt that children should be seen, not heard, and should refrain from speaking until they were spoken to. Grey was a painfully shy child who grew into a typically rebellious teenager, and he eventually ran away from home at sixteen, spending time working as a thief, a shopkeeper, and even a mercenary, before settling on his current profession as a sex worker.

Having spent most of his adult life in Cyrodiil, Grey had little interest in returning to Skyrim. The rumors of a war with the Empire, fought over the nords' right to preserve Talos-worship in the wake of the White-Gold Concordat, only cemented his decision to stay far, far away from it. However, a letter concerning his familial estate was enough to change his mind: his elderly parents had apparently died several months earlier during the start of the civil war, leaving Grey to inherit their property and assets in Ivarstead. Grey subsequently departed for Skyrim, hoping to find the sense of closure that had been denied to him by his parents' sudden estrangement. Unfortunately, he didn't make it further than the border before he was caught up in an Imperial ambush. Despite his protests, Grey was transported to Helgen to face execution alongside half a dozen Stormcloak rebels. The group only narrowly escaped when a dragon attack leveled the fort and, during the ensuing skirmish, Grey was revealed to be the last dovahkiin, whose triumphant return had been prophesied for years.

His new-found notoriety has made Grey a key figure in Skyrim's civil war - and, as a native nord, the Stormcloaks have automatically assumed that he will lend them his assistance against the Empire. Grey soon becomes an outspoken critic of Ulfric Stormcloak's rabid nationalism, and his interactions with the people of Skyrim just reveal how little in common he has with his former countrymen. However, Grey's feelings about his native land remain complicated, and his memories of Skyrim are colored by both the land's irrisistable charm, and his parents' cruel bigotry. For now Grey has been avoiding the built-up settlements as best he can, preferring to lend his assistance to Skyrim's outlying villages. His reputation as a dragon-slayer is prodigious, but neither Ulfric nor Tullius have given up on the idea of getting the famous dovahkiin to speak for their cause.

Having grown up steeped in his parents' sectarianism, Grey has spent his life un-learning a lot of the lessons he picked up as a child. Cautious but polite, he gets along well with most people he meets, and often impresses men and mer alike with his familiarity with their customs. Grey is a loner by nature, and whilst he isn't ashamed of his circumstances, he's learned to be circumspect about them around others. He abhors intolerance and any form, has a tendency to state what he believes in both quiet and firm terms. Despite this, Grey is generally unflappable; he rarely loses his temper, and his focused state during combat allows him to wield powerful magics without fear of harming others.