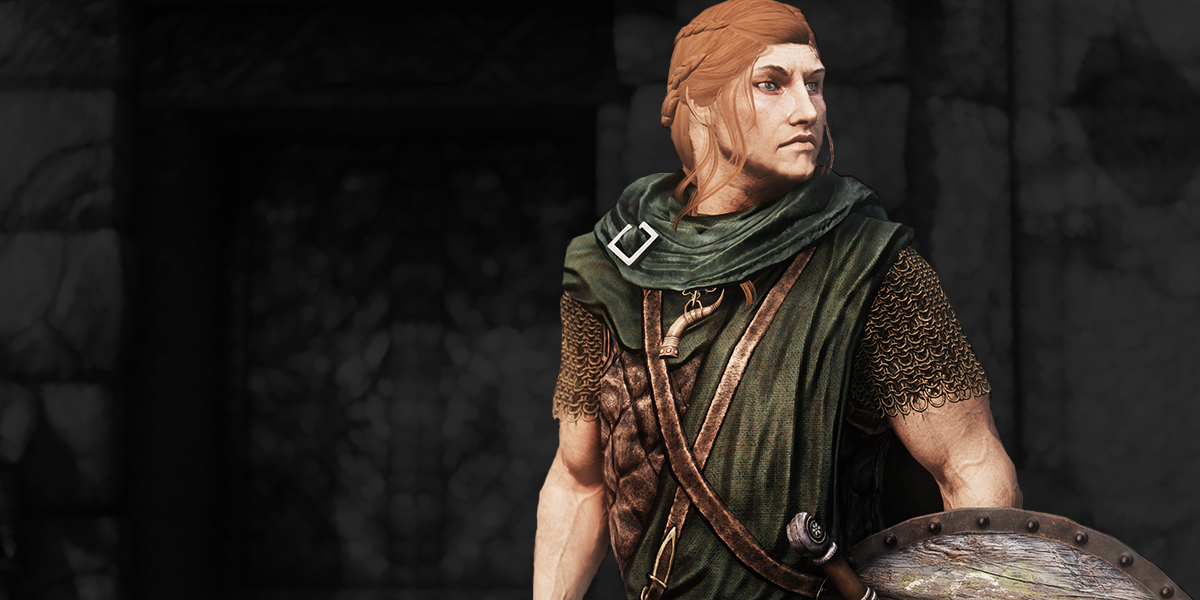 Though they spent most of their adulthood in Skyrim, Vennick was actually born in High Rock: their mother, Sosiina, was a native Breton, whilst their father, Thurgi, ran mechant vessels along the northwest coast of Tamriel. Vennick's parents separated when they were five years old, and the subsequently returned to Skyrim with their father, where they were raised by a large extended family of aunts, uncles, cousins, and grandparents. An unusually perceptive child, Vennick was known for being a good judge of character and, as a teen, helped handle the administrative side of their father's shipping business. Following their father's retirement, Vennick worked to support them by enlisting with the city guard. Vennick's father died when they were in their early twenties, leaving them with a modest inheritance and no real desire to stay in Solitude. Shortly afterwards, they were recommended for the position of Markarth's Guard-Captain.

Formerly ruled as an independent kingdom by Reachmen, who became known as the Forsworn following their expulsion from the city, Markarth was well-known for its entrenched and cutthroat politics. Answering directly Jarl Igmund, Vennick is tasked with maintaining law and order in a city practically run by criminal syndicates; among them, the influential Silver-Blood family. Despite being an outsider to the Reach, and half-Breton to boot, Vennick tirelessly worked to earn the respect of the existing guard. Now almost a decade into their service they have successfully eradicated the constabulary's culture of bribe-taking in favor of something more honest. Vennick's dedication and integrity have made them popular amongst their men, many of whom were hand-picked by Vennick themselves from local working-class families, but in the process they have become a perpetual thorn in the side of the city's "respectable gangsters". Despite years of effort, Vennick has been thus far unable to completely excise the Silver-Blood's influence from the city guard.

Following a spate of brutal murders within the city walls, Vennick hires mercenary Laranha gro-Utash to conduct an independent investigation into the source of the attacks. However, when Laranha's research uncovers signs of involvement from both the Forsworn and the Silver-Bloods, Vennick begins to realize that the thread of corruption running through Markarth had been worse than they initially realized. Before they can act on this knowledge, Laranha goes missing; and then Vennick is kidnapped and imprisoned within the labyrinthine depths of Cidhna Mine. With no way to contact their allies, and nobody to rely on amongst their fellow prisoners, Vennick must figure out a means to escape before the Silver-Bloods can further consolidate their hold over the city.

Since they were a child, Vennick has been raised to understand the value of proper justice - and the vested interest some people have in preventing it. As a result, they are about the most honorable person you'll ever meet. Long-suffering Vennick is a workaholic married to their job, a deeply principled individual who leads by example, and an inspirational figure to many of the newer city guard. Quiet and unassuming, they are nonetheless an intense and passionate individual, who has proven undaunted in their pursuit of the truth. Vennick is focused and idealistic but has a tendency to overwork themselves, and frequently comes across as weary or jaded by the state of the world around them.